Sixteen of the county's hotels and B&Bs have been included in the latest Good Hotel Guide, published this week.

This year, with travel abroad proving tricky, it’s all about what we’ve got on hand - and our county’s got it all. So if you’ve been thinking about having a night away, we take a look at some of this year’s stars, and some of those who were shortlisted:

The Pig at Bridge Place, Canterbury

The guide says of the Grade I listed mansion that it is ‘possibly the best of the litter’, of Robin Hutson’s Pig smallholding. Described as ‘deliciously quirky,’ with shabby-chic bedrooms, some with beams, and one with gold-scalloped cornicing and mezzanine bathroom. The greenhouse restaurant has an open kitchen serving home-grown or locally sourced food. Book at thepighotel.com

A previous winner in the guide, the Georgian Macknade Manor has been run by David and Rona Pitchford for 65 years and has six bedrooms. Its latest inspectors say it makes the ‘perfect getaway’ or base for exploring the North Downs. Book at reads.co.uk

Standing in splendid isolation the 1920s mansion was built by Clough Williams-Ellis and now has bedrooms with four-posters - all with binoculars for the view - and four nights a week, classically-trained chef Clinton cooks dinners designed around what he has bought fresh that day.Book at romneybayhousehotel.co.uk

The Dog at Wingham, near Canterbury

Marc Bridgen’s canine-friendly gastropub-with-rooms has been garnering awards since his family took it on in 2016 and makes it into this year’s guide. The ancient building has bedrooms styled by his mother, Marilyn. All have a Hypnos bed and a bathroom with walk-in shower while one suite has an antique four-poster. The comfortable lounge bar has walls hung with doggy artwork, and in the restaurant ingredients are carefully sourced. Book at thedog.co.uk

And here’s a selection of those which made the shortlist this year...

Did you know Folkestone’s well-known restaurant Rocksalt has a sister restaurant, Smokehouse, which has four bedrooms to stay in overnight? The industrial chic bedrooms with stripped-back brick walls and an antique bed even provides binoculars so you can catch a glimpse of the harbour and beach from your room. Book at rocksaltfolkestone.co.uk

In the village centre, the 16th century building has been updated with a dairy theme, plus bedrooms with names such as Buttery. It was converted by Dane and Sarah Allchorne in 2016 and the guide described it as an ‘enjoyable’ pub-with-rooms. The pair also have another pub with rooms, The Barrow House, at Egerton. It is also a stone’s throw from Vita Sackville-West’s world famous Sissinghurst Castle garden, which you can also walk to. Book at themilkhouse.co.uk

Hever Castle’s award-winning B&B with its 28 bedrooms was part of this year’s shortlist. “Every room is different: choose one with a gold chaise lounge, or one with a four-poster bed... Breakfast, a lavish affair, is served in each wing’s own dining room.” Guests have free access to the castle and grounds - you can even wander the grounds after the day visitors have left. Book at hevercastle.co.uk

A long drive through landscaped gardens reveals this ‘simply wonderful’ B&B, where visitors are rewarded with a sweet welcome: ‘the best shortbread ever’. Built from the ruins of Thurnham Castle, Amanda Lane’s ‘magnificent place’, stands in a perfect setting on the crest of the North Downs and has what promises to be ‘the best shortbread ever’. Each traditionally furnished bedroom has its own style and a spacious suite is in converted stables. Book at thurnhamkeep.co.uk

Overlooking the Common and a short walk from the town centre, Sally Hignett and Robert Hogben’s contemporary inn is surrounded by trees and green space. There is an informal restaurant, set over two floors and a bar, in a remarkable 6th-century sandstone cave. There are also stylish bedrooms on the upper floor and views over the Edgcumbe Rocks. Book at themountedgcumbe.com

The two refurbished Regency town houses provide a ‘lovely seaside escape’, with vintage furnishings and fine prints in the ‘spotless’, neat bedroooms. There are summer barbecues in the large, sunny garden and gastropub food at reasonable prices. Details at thefalstafframsgate.com

Other Kent hotels featured in the new guide include...

Find out more about all the hotels listed here. 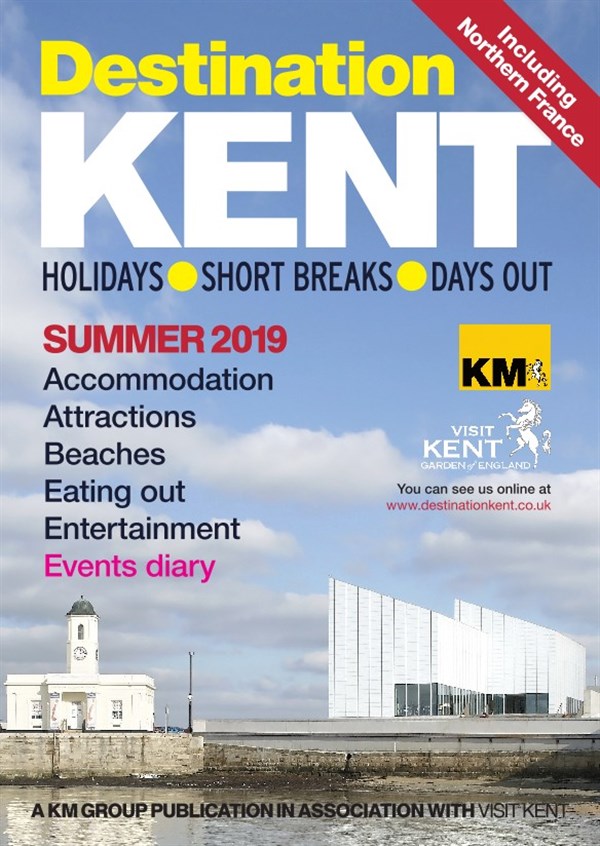